Admitted to the Paris Bar in 2004, she holds a Master Degree in law and international management from HEC (2003), an Advanced Degree (DEA) in Common Law (2001) and a Master Degree (Maîtrise) in private law (1999) from the University of Paris II Panthéon-Assas.

Advising MBWS on the signature of an agreement between COFEPP, MBWS and its banks for the sale of all outstandingbank debt

Advising Marie Brizard Wine & Spirits, a wine and spirits group based in Europe and the United States, on the signature of a tripartite agreement regarding the sale, by MBWS' bank lenders, of [...]

Advising CACIB on Tessi’s capital increase of an amount of € 37.5M

Advising CACIB, as lead bank and bookrunner, on Tessi's capital increase of an amount of € 37.5M, by public offering with a priority subscription period. Tessi is a major European provider of [...]

Advising ITS Participations on a public-to-private transaction on ITS Group (Euronext Paris), a digital and services business company specializing in the acceleration of digital transformation. The [...]

Advising FREY and the lead banks on the capital increase of FREY with preferential subscription rights of an amount of € 161.5M

Advising FREY and the lead banks, Société Générale and CM-CIC, on the capital increase of FREY, French retail REIT/SIIC, with preferential subscription rights of an amount of € 161.5M, and [...] 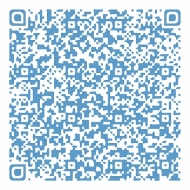