Admitted to the Paris Bar in 1987, he holds an advanced degree (DEA) in business law from the University of Paris X Nanterre (1985).

He was speaking during the conference organized by the Club des Juristes on the topic: “Quelles evolutions pour la commission des sanctions?” (9th July 2013, Maison de la recherche, Paris) and during the Global M&A Forum in London, the 7th July 2015, on the topic “Trends and innovations in M&A deals”.

He was also speaking during the “4th Mergers and Acquisitions in the Technology Sector Conference” by the IBA Corporate and M&A Law Committee and the IBA Technology Law Committee in Barcelona the 28th and 29th March 2019 on the topic “Remedies of M&A deals – protection and enforcement“.

De Pardieu Brocas Maffei has advised Groupe Familial Fribourg and Colombus Holding on a reorganization of Columbus Holding’s long-term shareholder base, set-up in October 2015 by  Michaël  [...]

De Pardieu Brocas Maffei has advised Chargeurs on the signature of a game-changing €230 million syndicated credit agreement , with drawdown flexibility and no leverage covenant, to accelerate the [...]

De Pardieu Brocas Maffei has advised Bio C' Bon, which operates organic supermarkets in France, on the opening up of its capital to its Japanese partner AEON Ltd, the leading Japanese supermarket [...] 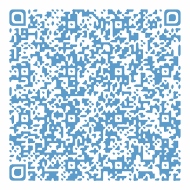