Admitted to the Paris bar in 1997, he holds a Master’s degree from the ESCP (1992) and an advanced degree in business law from the University of Paris I Panthéon-Sorbonne (1997).

Advising Aareal Bank on the financing of the acquisition by a professional real estate investment fund (OPPCI) held by leading South-Korean investors, represented by Etoile Properties from Icade, of [...]

Advising Allianz Real Estate in connection with the financing of the acquisition by German pension fund Bayerische Versorgungskammer (BVK), representing by Hines France, of the office building “114 [...]

Advising Aareal Bank AG in connection with the financing of the acquisition of an office building located at 30 rue du Château des Rentiers (75013) developing 13,600 sq.m of lettable area including [...]

Advising Pramerica in connection with the acquisition of an office building located 41 rue Ybry in Neuilly sur Seine (92) with a surface area of 15.000 sq.m., rented to Sephora with a green lease of [...] 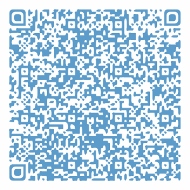