"Ségolène Coiffet is recognised by sources as a good restructuring practitioner. She assists clients, notably from the banking industry, with insolvency proceedings, including conciliations and ad hoc mandates. She is also active in debt restructuring matters." CHAMBERS EUROPE 2020

Ségolène Coiffet specialises in debt restructuring, distressed companies, insolvency and bankruptcy proceedings, and particularly within the framework of international transactions.

She advises creditors, banks, lease-finance and factoring institutions, providers, as well as companies and their managers and shareholders in the context of disputes opposing them to their commercial partners and in relation to the negotiation and prevention of these disputes.

She also intervenes in commercial, banking and financial litigation cases.

Ségolène is a member of the Society of Turnaround Professionals (Association pour le Retournement des Entreprises – ARE).

Acquisition of CEPL by ID Logistics

Advising the Senior Lenders in the acquisition of CEPL, a French logistics provider specializing in automated solutions for retail order fulfillment, by ID Logistics, an international contract [...] 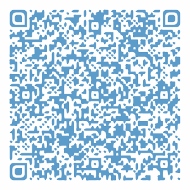