She joined the firm De Pardieu Brocas Maffei in 2014 as an associate, she was appointed as Counsel in 2019.

De Pardieu Brocas Maffei advised the Altice Group in the context of the signature of an exclusive agreement between Outremer Telecom, a subsidiary of Altice, and Phoenix Tower International (PTI) for [...]

Advising Altice on the entering into an exclusivity agreement with Cellnex

De Pardieu Brocas Maffei has advised EXTERIONMEDIA France, a key player in the communication sector in France (formerly known as GIRAUDY) on its acquisition by the management consulting company [...]

Advising Dr. Oetker on the autorisation by The Autorité de la concurrence (French competition authority) concerning the acquisition of Alsa by Dr. Oetker

On 29 January 2019, the Autorité de la Concurrence cleared, subject to commitments, the acquisition by Dr. Oetker group of the sole control of Alsa France, active in the market of baking aids. [...] 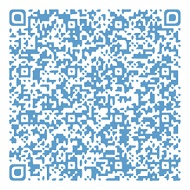 Presentation of the main changes   On 23 July 2020, the French Competition Authority (the “FCA”) released its new Guidelines on merger control (the “Guidelines”). In force since the [...]

The new merger control guidelines published by the French Competition Authority : Towards greater transparency and procedural guarantees for companies when proposing remedies ?

After several months of public consultation over a reform of its merger control guidelines, the French competition Authority (FCA) has released July 23rd, 2020, its final version of the revised [...]