The firm is referenced and ranked among the top firms by professional international and French directories such as:

Palmarès du Droit: De Pardieu Brocas Maffei has been rewarded as “Law Firm of the Year 2022” 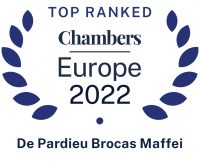 This list was elaborated in collaboration with Statista. This ranking is based on recommendations.

This list was elaborated in collaboration with Statista. This ranking is based on recommendations.

This ranking was elaborated in collaboration with Statista. This ranking is based on recommendations.

“Philippe Guibert now mans DE PARDIEU BROCAS MAFFEI’s competition practice alone since former co-head Emmanuel Durand left in January 2021 to join DWF. The firm made up for his loss by promoting former counsel Laëtitia Gavoty Tolot and Alexandre Eberhardt-Le Prévost to partner in June 2021. Counsel Sofia El Hariri and six associates round out the team, although a further five associates are often drafted in from the firm’s regulatory and litigation practices.
The team has retained an impressive client roster despite the internal shuffle – including Facebook, which it represents before France’s Competition Authority as the social media company seeks interim measures against Apple relating to allegedly anticompetitive practices in advertising markets. It is also assisting the French Press Magazines Association in its complaint against Google’s alleged abuse of dominance over neighbouring rights and in challenging the company’s alleged non-compliance with the French enforcer’s interim injunction. It is also seeking interim measures against Alstom on behalf of RATP and SNCF, which accuse the train manufacturer of abusing its dominance in the public procurement of suburban and urban trains following its acquisition of Bombardier assets. The firm also defends Volkswagen and MAN against Trucks cartel damages claims in France.
In merger control work, De Pardieu is assisting Derichebourg Group with the acquisition of GDE-Ecore, which is being reviewed by the European Commission and three national competition authorities. In another complex deal, the team acts for Soufflet in its sale to In Vivo Group, which will create the third-largest European agri-food cooperative group and requires approval from the European Commission and 11 national competition authorities. The firm also secured the EU authority’s approval for Altarea’s purchase of Primonial Group and for French insurer CNP Group’s acquisition of joint control by La Poste and CDC. Before the French authority, the firm is steering Altice Mobile through a review of the sale of its telecommunications infrastructure activities to Cellnex. ” (2022)

“Partner Philippe Guibert lead the competition practice at highly respected French full-service law firm DE PARDIEU BROCAS MAFFEI, supported by three counsel and seven associates. The team says it has acted in many high-profile and innovative merger cases. It is especially known for its behavioural work, where it represents clients in a significant number of the French authority’s major antitrust investigations. The firm represented Swiss groups Coop and Bell as second-in leniency applicants in the enforcer’s Ham Products cartel probe. In its July 2020 decision, the authority reduced the companies’ fines to €6 million under the “leniency-plus” principle. The team is also defending French oil company Groupe Rubis against a rival’s request for interim measures based on alleged abuse of dominance. The competition enforcer dismissed the request in July 2019, and the case is now before the Paris Court of Appeal. Additionally, the firm represents Société Générale in appealing against the authority’s Multilateral Interchange Fees ruling and also assisted clients in connection with separate dawn raids related to alleged gun jumping in the duty-free sector and the wine and spirits market. In follow-on litigation, the team is advising MAN and Volkswagen in a damages action related to the Trucks cartel case. On the merger control side, the firm is assisting insurer CNP Assurances in its tie-up with rivals CDC and La Banque Postale – the biggest deal in the French insurance sector in recent years. It also advised Casino on the sale of Vindémia to Groupe Bernard Hayot, which the French authority cleared in May 2020 subject to fix-it-first and behavioural remedies. Additionally, the team obtained conditional approval for Dr Oetker in its acquisition of Unilever’s French baking and dessert business Alsa, and for Global Blue and Premier Tax Free as they created a duty free and tax return joint venture in French airports.” (2021)

“Partner Philippe Guibert lead the competition practice of highly respected French full-service law firm De Pardieu Brocas Maffei, supported by three counsel and four associates. The team has acted in high-profile and innovative merger cases, as well as a range of behavioural matters. In merger control, the team acted for food producer Dr. Oetker in its acquisition of Alsa. The case involved the first decision with a fix-it-first solution, as France’s competition authority in January 2019 accepted that licensing a trademark to rival Saint Lucie would remedy its competition concerns about the Dr. Oetker/Alsa tie-up. The firm is assisting state-owned insurer CNP in its sale to La Banque Postale. In June 2019, the authority gave the go-ahead for state-owned investment firm CDC to transfer its stake in the insurance company to the banking arm of La Poste, to create a central state-owned financier and insurer. The team has also advised retail and automotive distribution group GBH on its acquisition of overseas retailer Vindemia from Casino. In behavioural work, the firm is assisting Société Générale in the interchange fees cartel before France’s Supreme Court, as well as a major dairy producer in the dairy milk products cartel. It is also acting for Booking.com in an investigation of the online travel agency and litigation before the national competition authority and courts. Also in follow-on litigation, the team is advising MAN and Volkswagen in a damages action related to the Trucks cartel case. The firm recently secured the rejection of an interim measures application against RUBIS Oil Group for alleged abuse of dominance.” (2020) 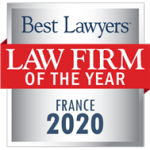 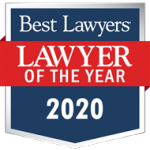 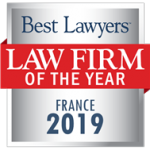 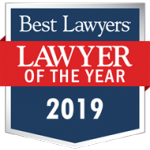 and 24 partners of De Pardieu Brocas Maffei has been listed as “Best Lawyers”:

The Firm has been elected:

De Pardieu Brocas Maffei is an independent French firm active across all financial and corporate areas with a particular strength in banking and restructuring and insolvency work. In the banking area the firm is primarily mandated by lenders on acquisition finance, syndicated loans, LBOs, real estate finance and refinancing work. It also advises foreign banks, investment funds, fund managers, fintech companies, insurance companies and payment services on financial services regulatory matters. During the research period the domestic firm advised acquirers and sellers on agribusiness, real estate, energy, technology and financial services M&A deals. It is also generally active in the private equity area representing financial investors on the sell or buy side in equity or mezzanine investments. In recent capital markets work the firm worked for issuers, arranges and dealers on debt issuance, derivatives, structured finance and securitisation deals. The firm also advised sponsors, lenders and borrowers on project finance work in the energy and infrastructure sectors. Representing creditors, lenders and debtors on debt restructuring matters is one of the firm’s strengths. It advised clients including Goldman Sachs, Renault, Tikehau and Toys “R” Us on large cases recently. (2019)

De Pardieu Brocas Maffei is a domestic firm with particularly strong banking and finance and restructuring and insolvency practices. (2017)

De Pardieu Brocas Maffei is recognised specifically for its banking and finance and restructuring and insolvency practices.(2016)

2015 marked the retirement of founder Antoine Maffei, who alongside Charles-Henri De Pardieu will hold the title of honorary lawyer at De Pardieu Brocas Maffei. Only Thierry Brocas remains active of the three founding partners. Another long standing partner of the firm, Jacques Henrot, sadly passed away in September 2014. Initially brought in to create the real estate department in 1995, Henrot remained active as head of the restructuring and insolvency practise until his passing. Other movement saw Eric Muller join the firm from White & Case to sure up the corporate team. (2015)